The Best Western served up a decent breakfast to get us started in the morning. I don’t think I’ve eaten so much food in a 24 hour period that I can remember but I’m still losing weight overall. We got rolling into the day’s hike a little later than normal with the first leg taking us under the I-15 freeway and through several Freight Train crossings and another tunnel. 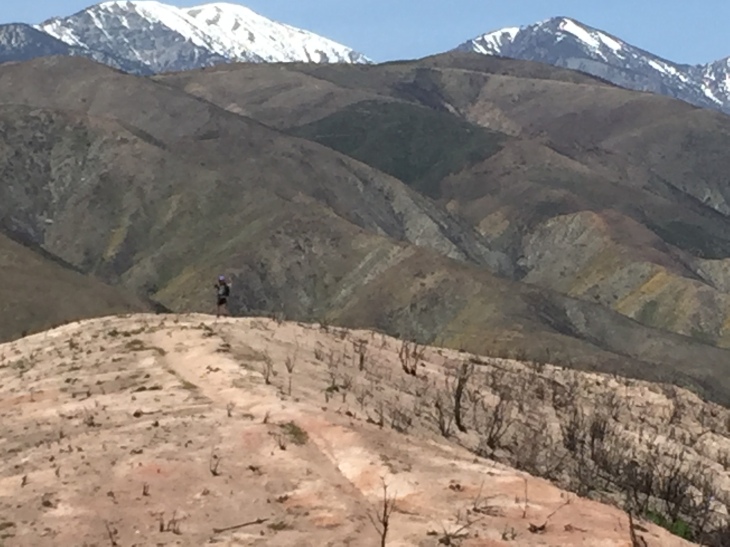 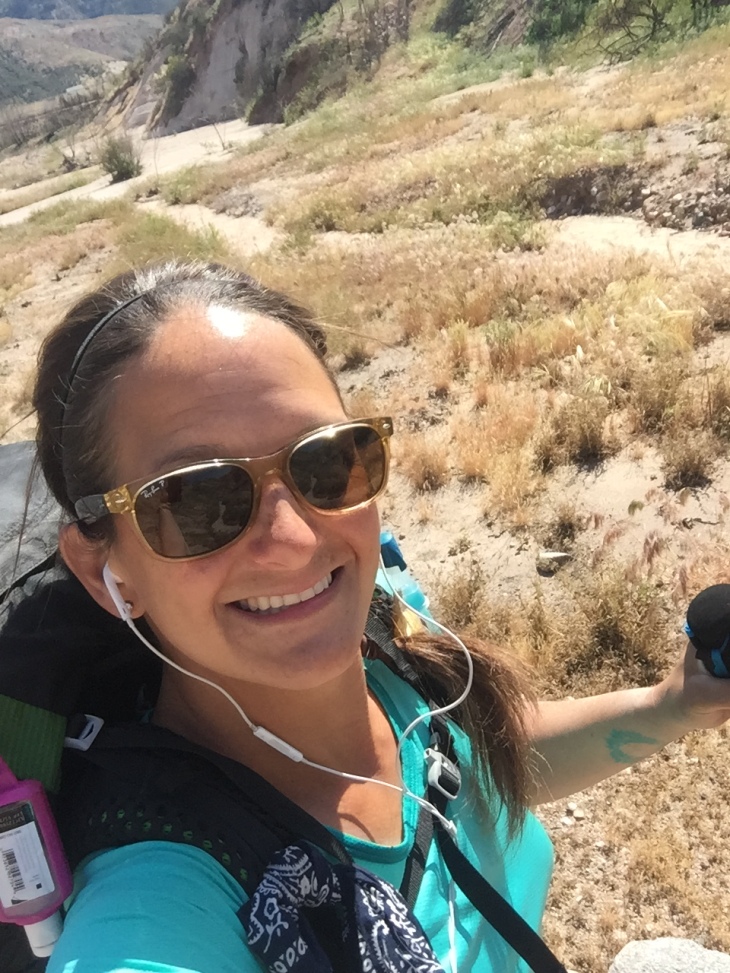 I stepped in a lot of mud first thing 🙄

We went up and over several big sandy hills before starting the big climb of the day. We started up at about mile 3 and never had a step down. We would gain 4000 ft of the 7000 ft to Wrightwood before the day was over. At the base of the mountain there was a Hiker Register Book in a steel box. 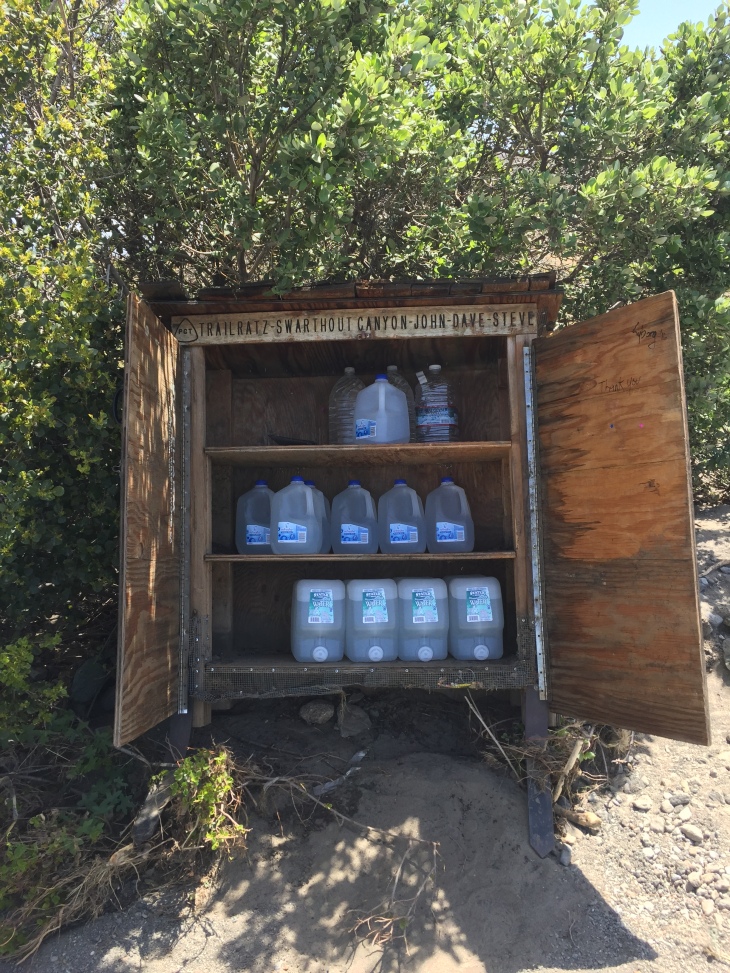 We signed in and noticed several familiar names that we knew.  There were 3 names in front of us on the register that we met on Day 2 who were now 10 days ahead of us. With the exception of those 2 guys n 3 girls we are near the front of our start date grouping. Several of our hiker friends and acquaintances have fallen back or dropped out all together. We spent a few miles, 351-354, going through a very recent fire zone. Lots of soot. Too much to even walk 30-40 ft behind someone and not breathe it in. Heartbreaking for me to see the land so stripped of life but also dangerous. The soot itself and the fact that even little rains had washed so much sand and gravel tailings across steep parts of the trail that we were slipping and sliding across the trail with several hundred feet of nothing on one side of us if we made a misstep. In camp I also compromised our water situation by knocking over our stove full of rehydrated meat and dirty rice while it was cooking. More than 1/2 our dinner now lay on the ground but I’d also wasted valuable water. We were both carrying 9 lbs of water which was going to barely make it the two days before we reached Wrightwood. We would start the morning in heavy water ration mode. As we went to sleep we saw the lights of the LA Basin for the first time…still many, many miles away. 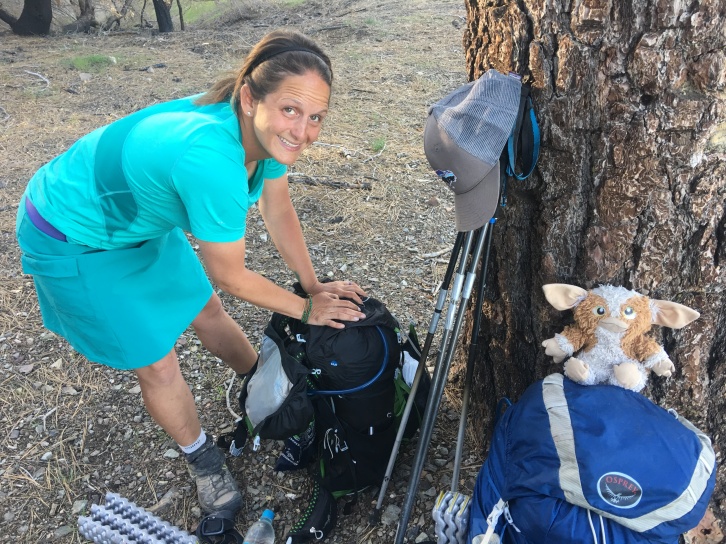 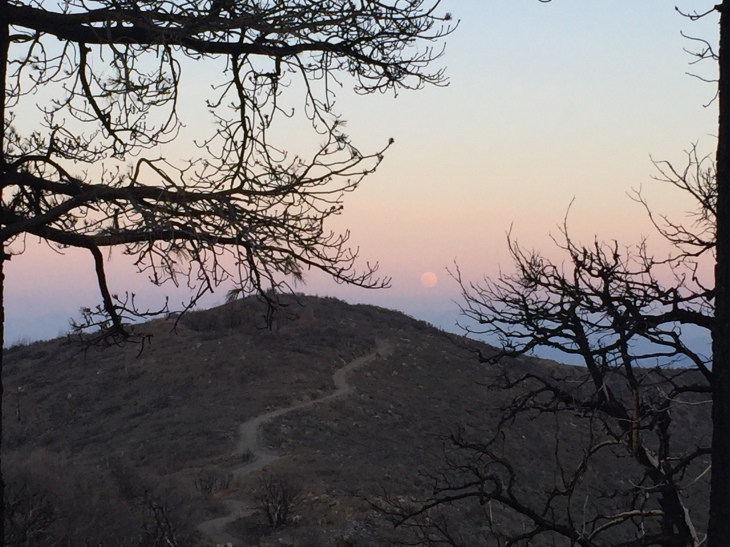