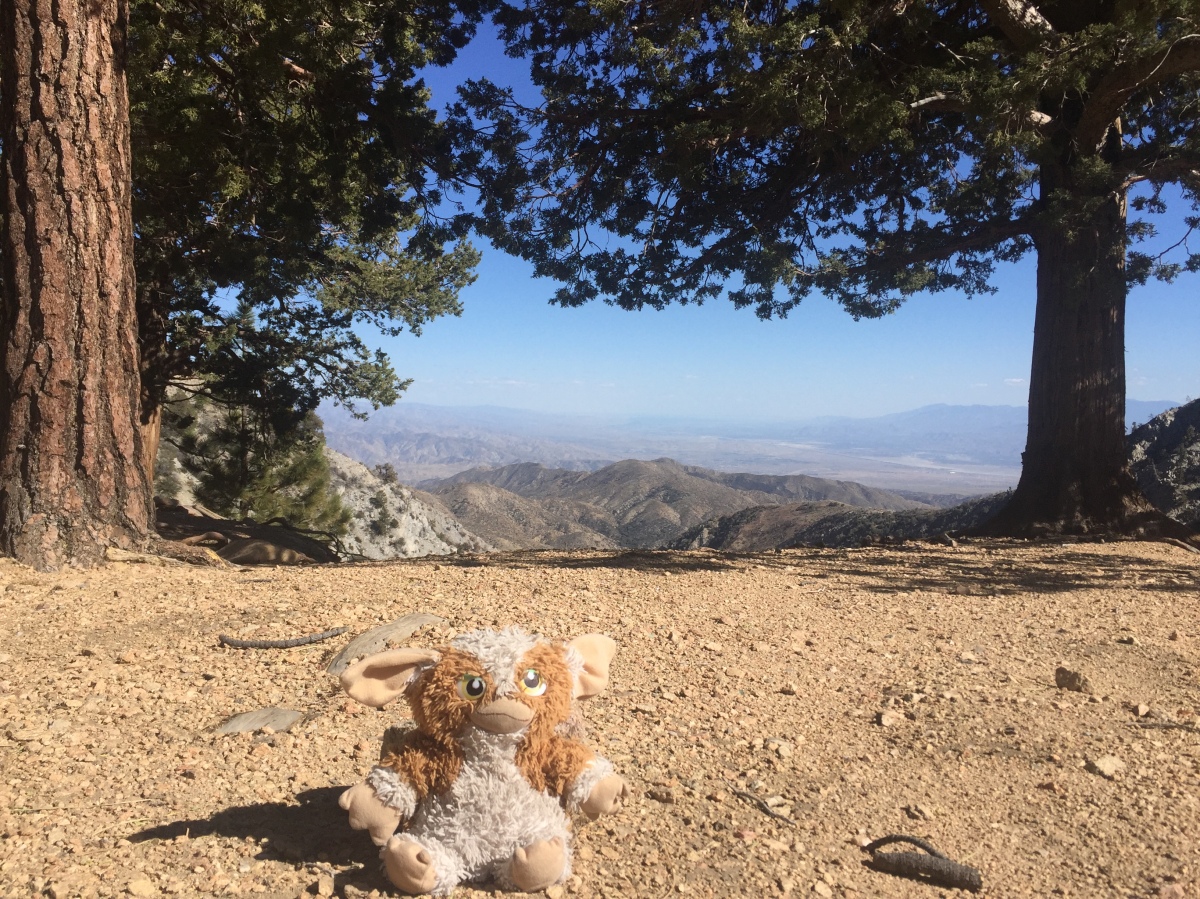 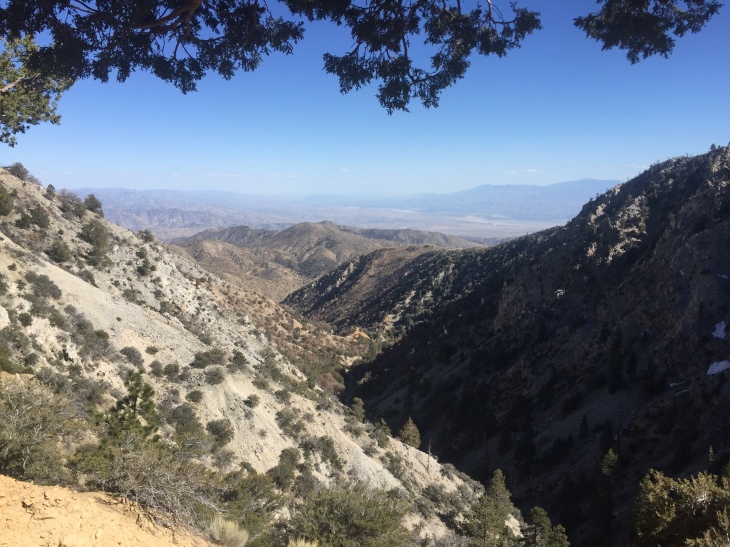 Can see SO far

Our day began early in the morning with big plans. But only one and a half miles in, we had already climbed almost 2000 feet. We came back to the creek a number of times along our path and at one point the creek had done its thing again and it took us 45 minutes to find the trail after crossing the creek. GPS was not acting right in the canyon and that furthered our frustration along with biting the dust several times and once for me right into a cactus. All trying just to get out of the canyon and back on the trail. We traversed the burn area which had recovered more than I thought it would have been in six years; however, some areas have not recovered at all with many charred dead standing trees looking like they are ready to fall over into each other. We began another climb up above 8000 feet. Small patches of snow turned into large patches of ice covered snow that made the pack difficult and a little dangerous to follow. Of course, I fell on my butt again on an icy patch and watched my water bottle slide down the mountain. We came down from about 8600 feet and came across Coon Creek cabin area that has been closed since the fire. It is going to make a nice flat area for us to sleep tonight.

Today was the first time in nearly 3 weeks that I was not mentally up for the hike today. The past week has been very challenging going from 8,000 feet down to 1,000 and back up to 8,600 today. All through fierce wind, snow and blistering heat in the desert. None of that particularly bothered me at that time and I actually quite like the challenge. Perhaps it was losing the trail so much this morning and all the extra energy expended first thing for no miles gained that made me feel like I needed a break. And who can really blame me – we have hiked 17 of the past 19 days. Either way, we hiked the ten miles to the cabin area and my mood immediately proved as soon as I threw my pack down and saw the view. What a view! We could see so far from 8,000+ feet up. We had a nice little night to ourselves and realized we haven’t seen anyone else in 2 days. It’s fun to be in the great outdoors! 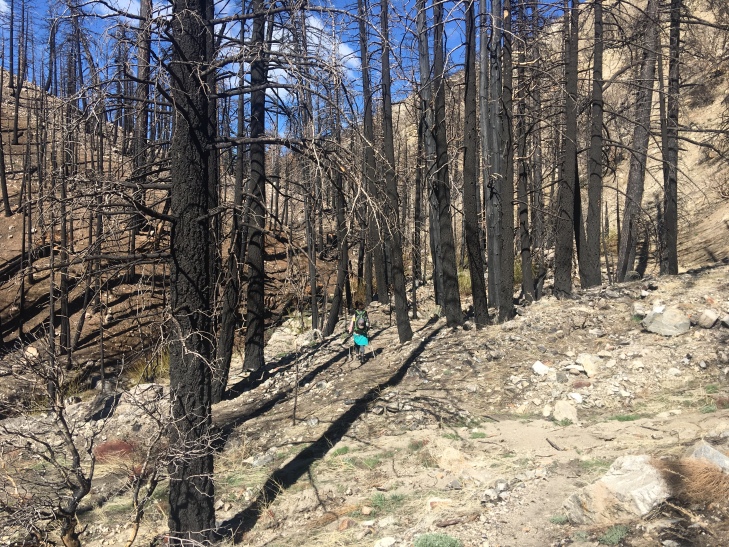 It’s sad to see everything burned 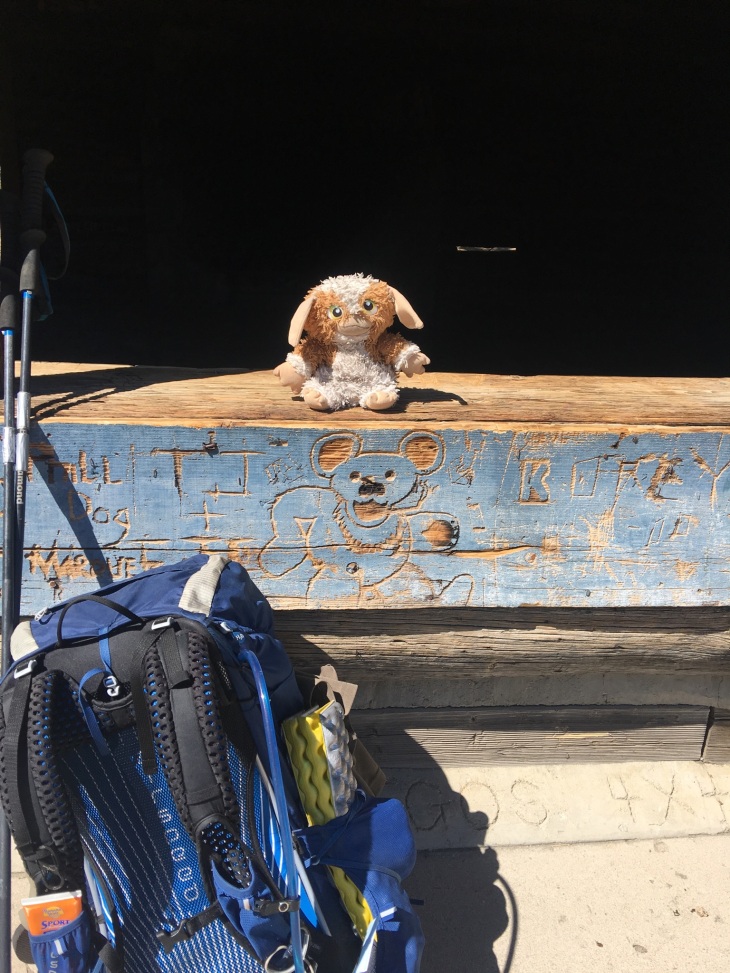 Giz kicks his feet up 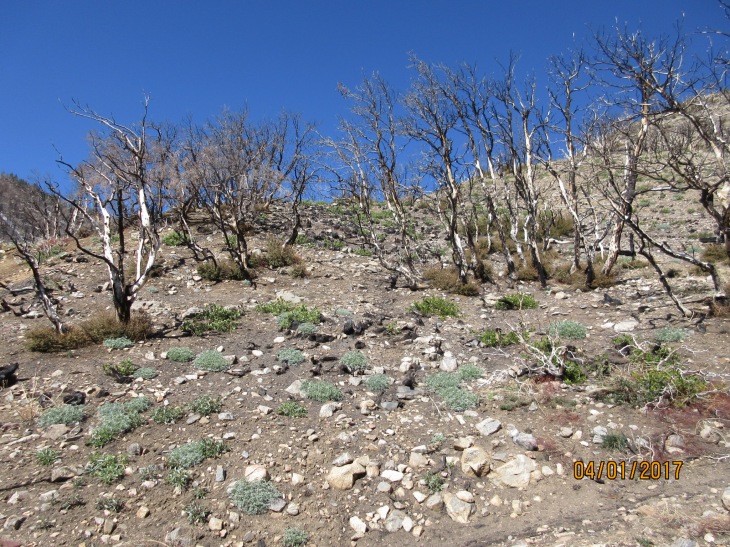 We have never seen red lichen before today 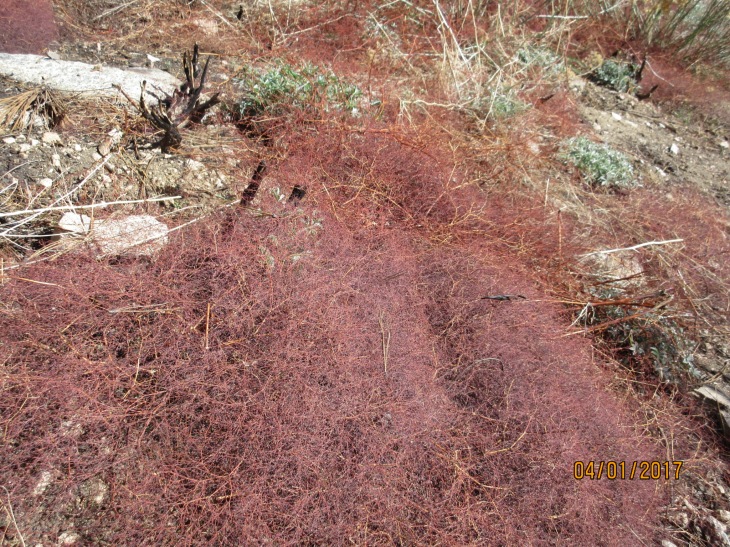 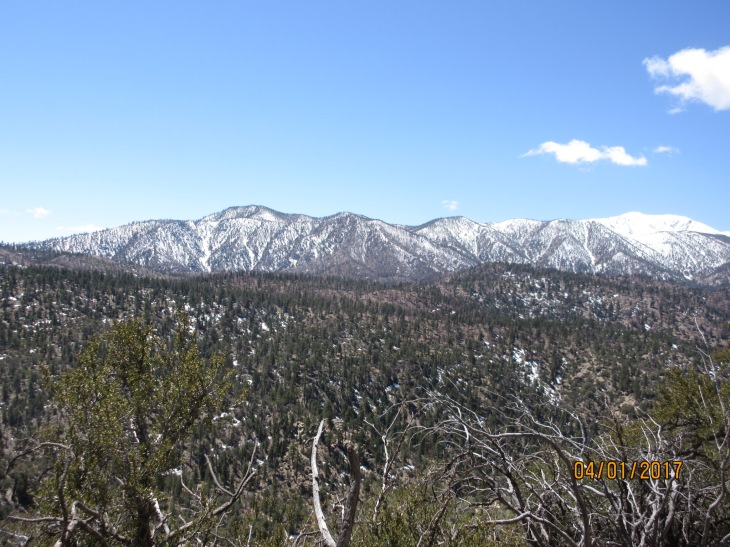 Burn against the snow 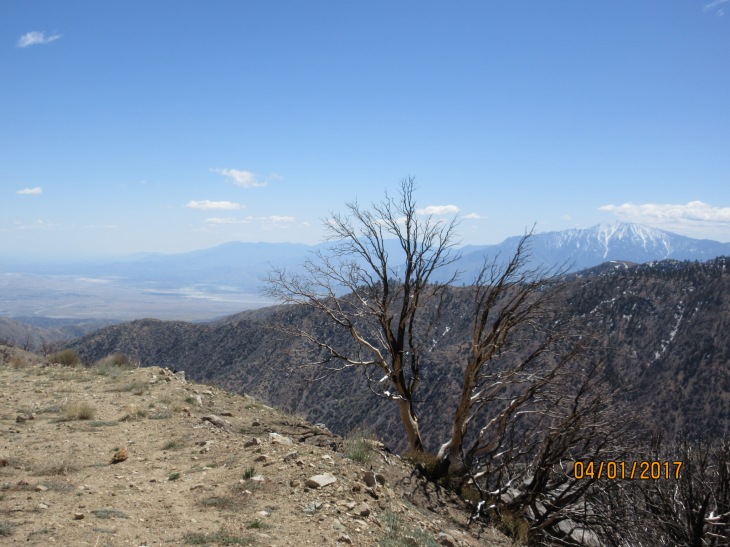 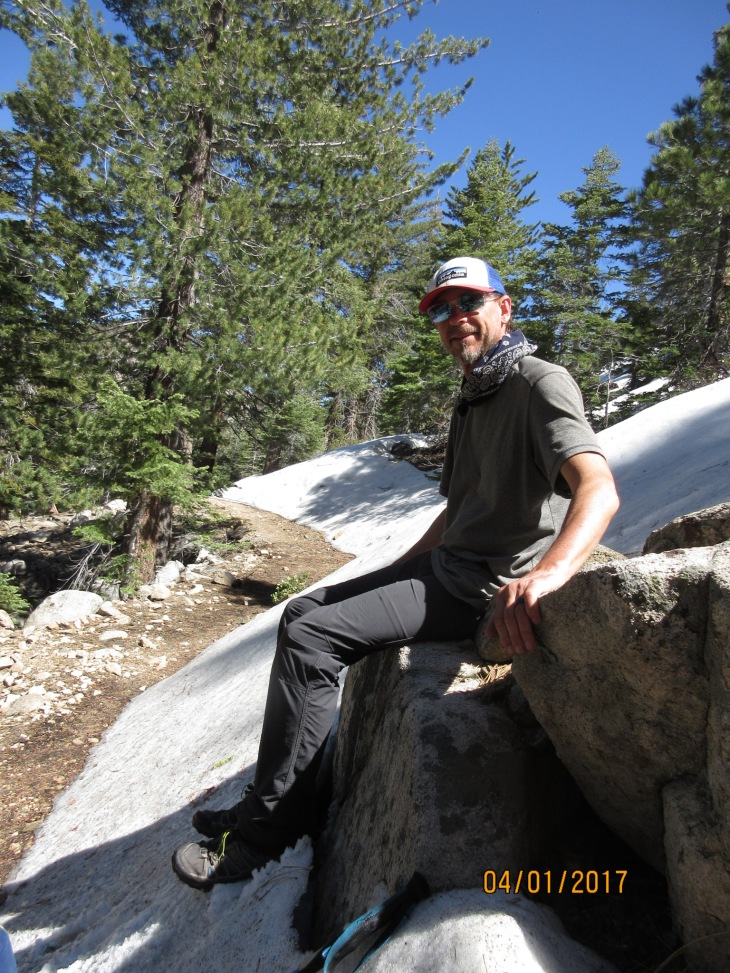 A small break from snow crossings