Woke up this am in not too much of a hurry since we were still recovering from the flash storm and trail demands of yesterday evening. We also knew we had a lighter day of only 10 miles. It wouldn’t have been a chore except that we were both fatigued and depleted today. The gain was was a gradual 3000 ft and the sun blazed again but the air n breeze were cooler because of the altitude gain. Camped at a nice shaded spot by the headwaters of the creek we’ve been following all day. Altitude was also fatiguing both of us a little after such a physical few days. We are entering previous fire zone in a mile but were already in an area with total burn scars everywhere away from the creek. 😦 Hope I don’t get too misty tomorrow when we are in the burn zone for the first time in 6 years after hikers started a fire. Don’t know the whole story.  Today was also a reminder that we are early on in this part of the trail as it was difficult to follow sometimes. Especially because the creek has gone through some swollen and then retraction times since last season that had wiped the trail clean or off the map in several places.

We cooked a hearty dinner tonight and are in our sleeping bags by 6. Tomorrow is a big day. 20-21 miles that we have to do in one shot. Water to water but also traveling through the fire zone where there is no camping allowed. Onyx Peak at 9100 ft is also on the aggenda tomorrow so time to rest up. 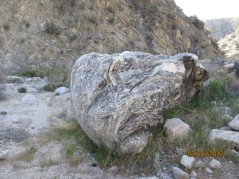 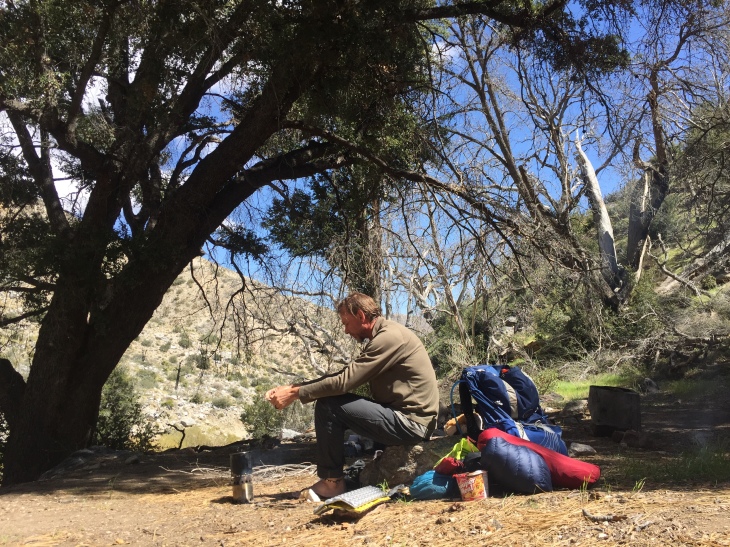