This ride is HEAVEN 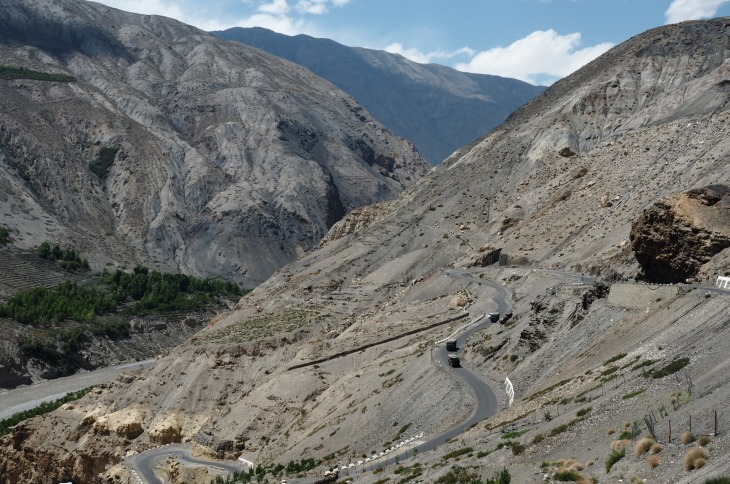 Lacy: As we prepare this post to publish we are sitting by a bonfire, listening to Indian music and staring down at the twinkling lights of Manali at 8,300 ft. The surrounding Himalayan mountains are illuminated by the moon light. This post is from June 3rd as we are still catching up on the blog from when we were out of service. Since then we have finished the breathtaking Spiti Valley loop. Manali is our last stop in India before returning the bike in Chandigarh and catching a flight out of Delhi. A flight to where is yet to be decided…😊 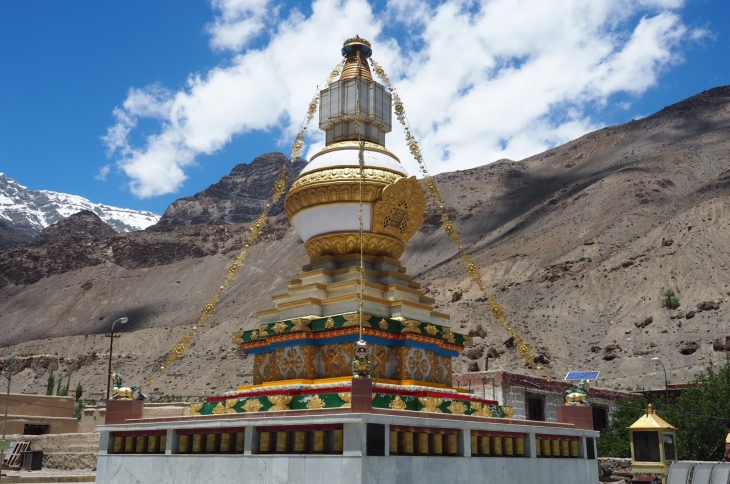 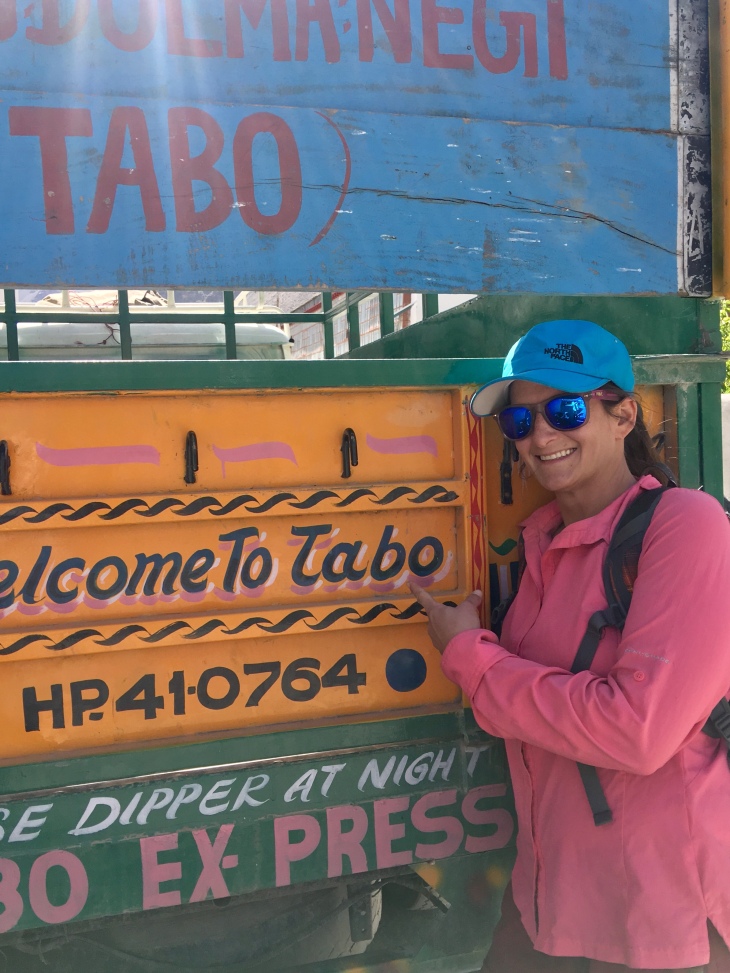 We loved Tabo.  It’s a very small village surrounded around one of the oldest monasteries we have been to in which are the most beautiful interior Buddhist paintings we have ever seen.  We spent a lot of time walking inside by flashlight to see the art depicted on the walls before I sat to meditate in the prayer hall.  I have had the opportunity to meditate in some very special places here in India.

Rob: The road today was good, but the wind, from time to time, was strong enough to move us over a foot or 2 while riding along. It made the sound that goes along with our GoPro videos something in between unintelligible and a rock crusher. We had to keep our riding bandanas up tight over most of our faces today to protect against so much dust.

We are captivated by this high desert Himalayan landscape

Other than the occasional wild wind bursts, it was a nice ride as we followed river valley roads again and crossed through several lower mountain passes and alongside miles of orchards. Small villages along the way proudly displayed their welcome signs with populations ranging from 31 to 300. In between these villages that began and ended with apple and apricot trees lining the road, the high desert valley stretched out far in front of us. The road was dotted with a few cars, tourist vans and small groups of bikers making their way north just like we were. We have been asked a few times where the rest of our group is which gave us the chance to explain our un-pressured and unplanned journey, apart from the base loop that we were all making, through this section of the Himalayas. 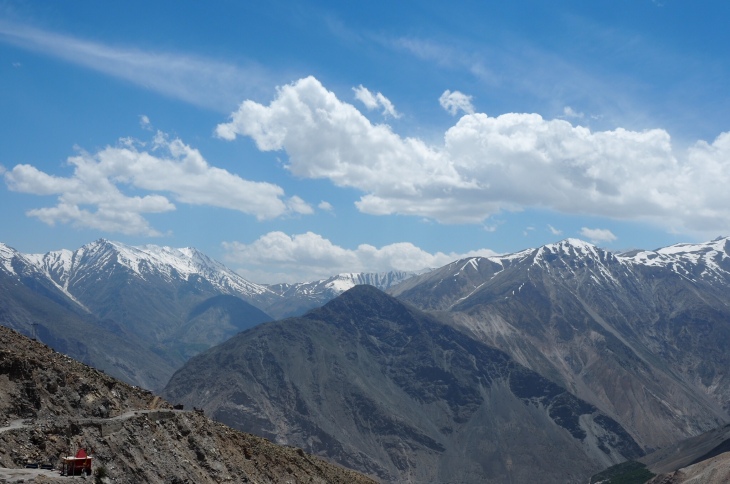 Notice the road on the bottom left of the photo.  We are riding on the edges of the mountains and feeling free. 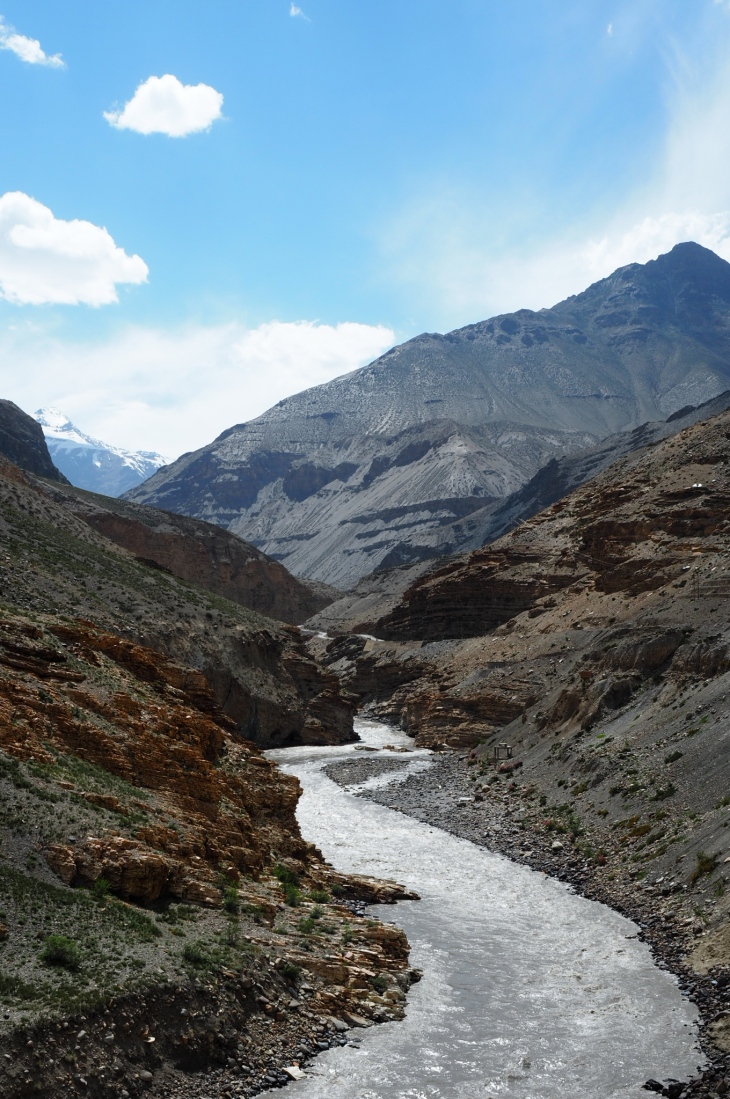 We made it to Tabo in the latter part of the afternoon with plenty of time to walk around Tabo Monastery grounds, have some tea and settle on a place to spend the night.

We really love the contrast of the patches of green against dry desert mountains.

When we checked into our room and the hotel manager brought a candle and saucer in for us, we guessed it meant that it might be awhile before the electricity turned on tonight. 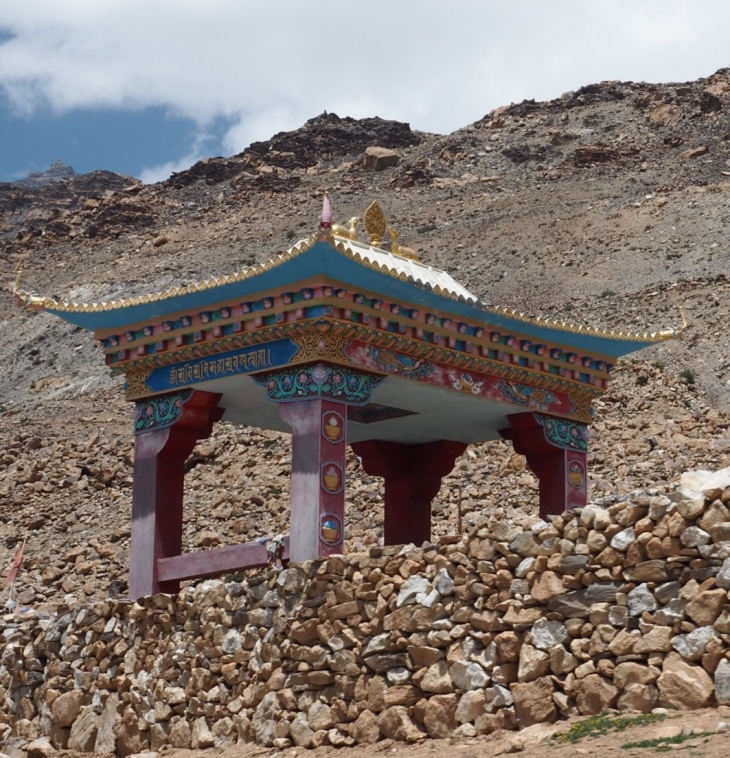 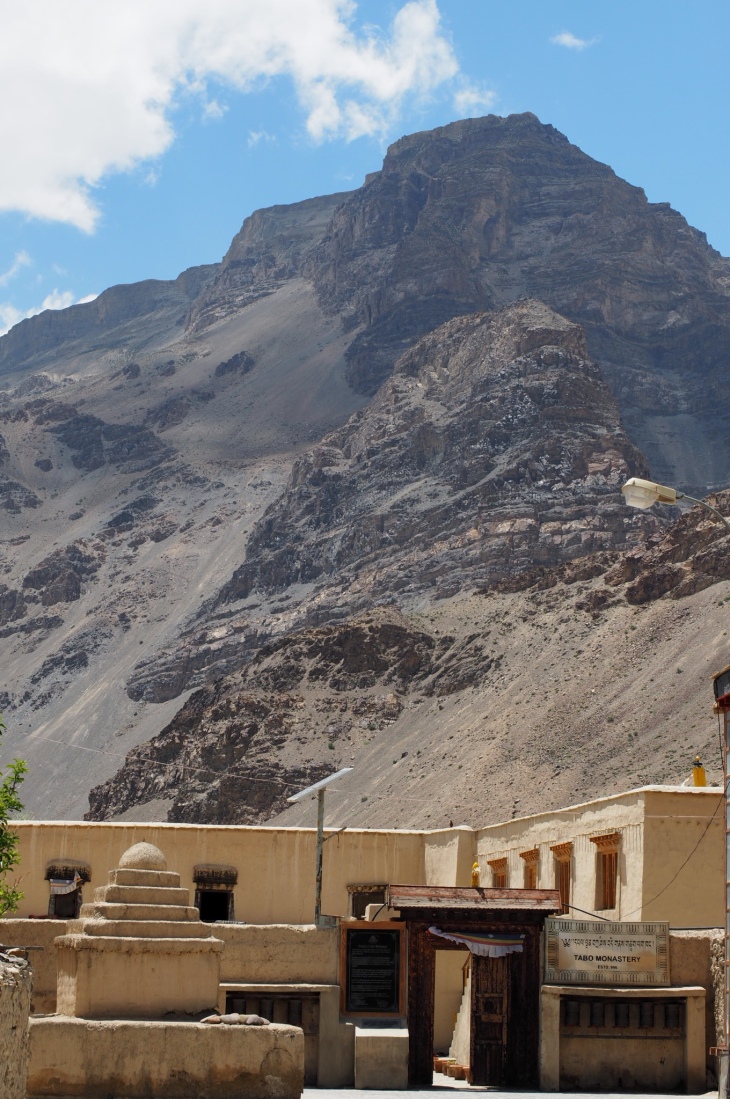 Turning prayer wheels at the new stupa near the new monastery in Tabo.

We had a great view of the local orchards and the Temple complex which makes up about 1/3 of the little village. Lacy picked up some tiny local limes, sugar and soda to go with our whiskey to make our own little cocktail hour like we had yesterday.

A second stupa.  I find stupas to be really beautiful.

We woke to a beautiful view again, had some horrible instant coffee and went back to visit the Temple. It has seen over 1,000 years of continual use as a Temple and teaching center for the Monks living and studying at the Monastery here. We entered the temple through its low doorway and after our eyes became more acclimated to the loss of light, began to marvel at the painted walls and ceilings. Almost all of the paintings remained as original frescos into the plaster walls. Only a little darkened by time, they still made us catch our breath. The Temple itself was cool and dry inside. The 20ft walls were very dimly lit from small louvered sunlights. All of the walls and ceilings were completely covered with depictions of Deities, many smiling Buddhas, storyboards and writings. Vibrantly painted statues of more Deities lined the main chamber. Meditation and prayer mats were laid out inside the central room for the faithful and visitors to pause and repeat daily mantras. It really is amazing that we can simply walk into these ancient Temples and feel the history, significance and spirituality of such a place.

This photo and the one below are from our balcony.  You can see a peek of snow covered mountain in the background and get scale of just how large the mountains look as they dwarf the monastery, stupa and local homes.