Laying in our tent staring at the stars after watching a gorgeous sunset from where we set up camp. 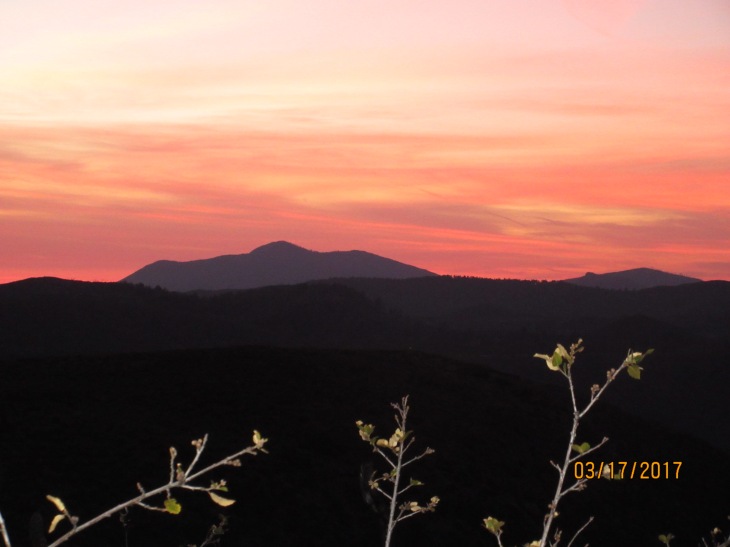 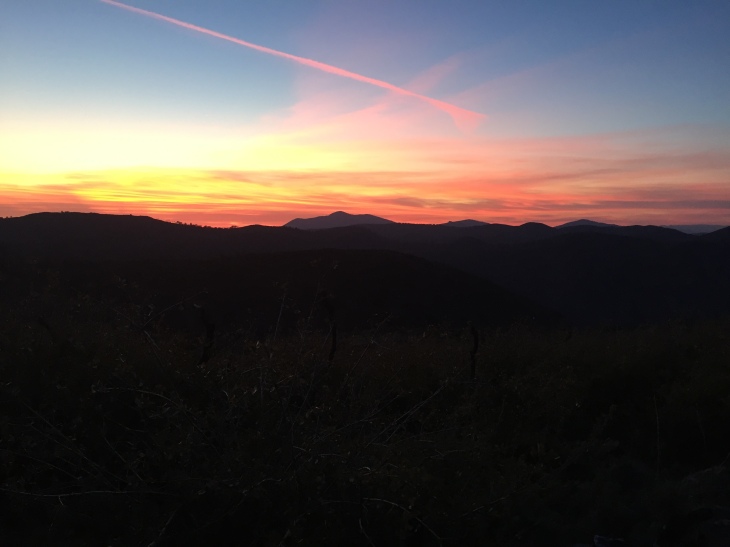 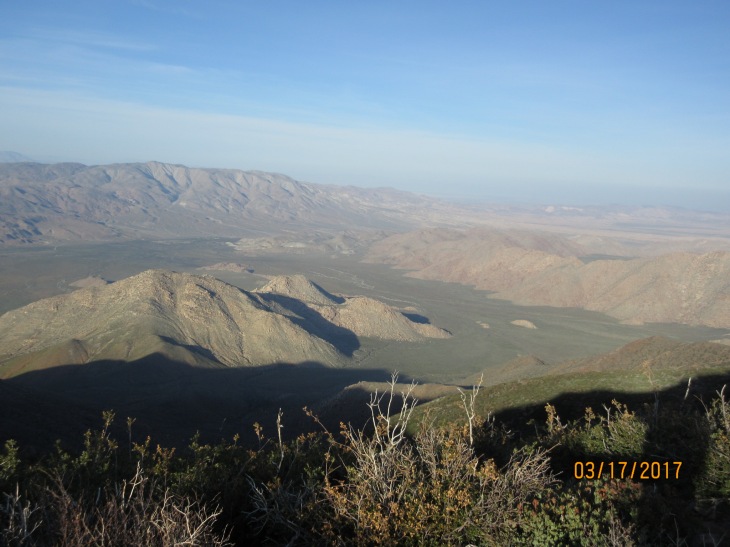 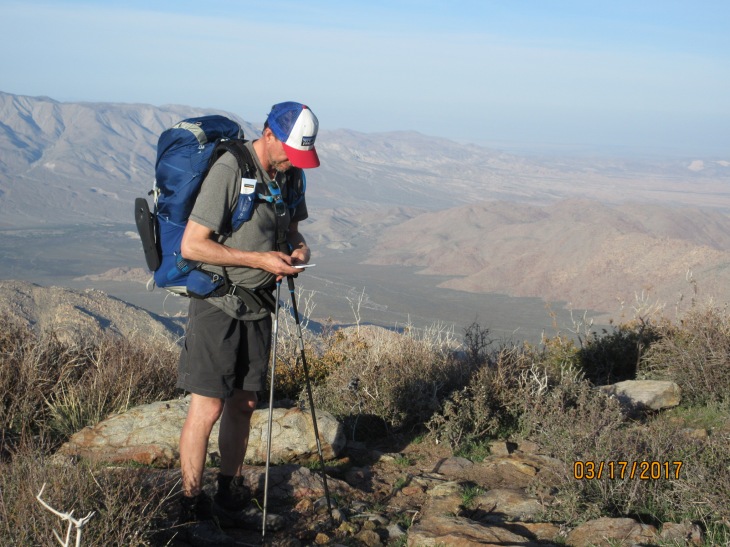 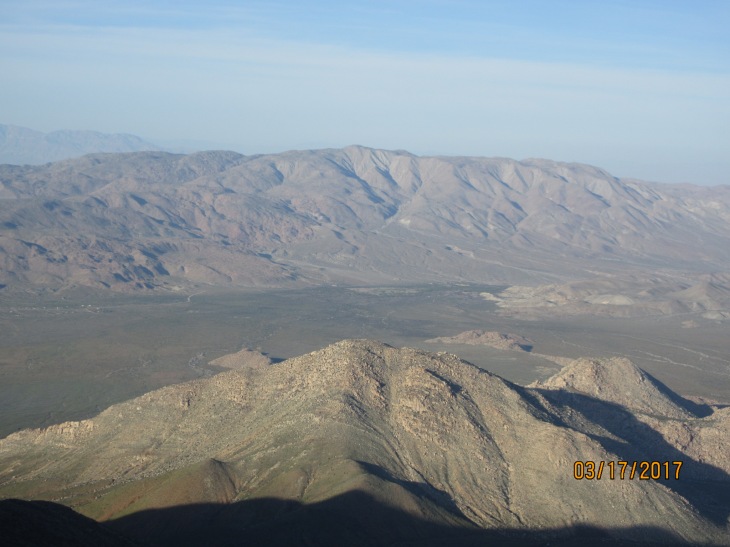 It was absolutely stunning. This morning we woke up at 5:30 to get an early start but I did not sleep well and my entire body was sore so we decided to make it a light day and sleep in. Out of camp by 10 and hiked 4 miles to Mount Laguna. On the way we met Mike who was out for a day hike and works at the outfitters in Laguna. Very interesting to talk to him as he also spent some time living in Nepal. He said 81 people were permitted to start the trail this week and another 60 in the two weeks prior. That’s more than any other year. Virginia Tech just finished collecting data on the impact of hikers on the trail and he said they submit their findings soon but that they already cut the number of permits next year for day hikers from 20 to 10 a week. All these people certainly take a toll on the PCT. We haven’t seen much garbage on the trail but it’s upsetting when we do.

We thoroughly enjoyed a burger and cappuccino for lunch before shipping off 6 pounds of items we decided we could live without. Every ounce and pound matters!  During lunch we met 2 other thru hikers who met up in the beginning. One is a housewife from Malaysia and we later learned from the guy who was with her that he needed to ditch her. She has been tagging along with him and having him do everything for her. He tried to lose her a few times but he said somehow she kept catching up. I was cracking up when he gave her the trail name of Inchworm cause he would give her an inch but she wanted a mile. Oh, trial drama-too funny‼

We hiked 5 miles further about 4 pm and passed the desert vista above that I was not expecting. What’s not to love 💜.